This semester, after running 42 kilometers near the canals in northern Taipei, Grade 5 teacher Tulsi Griffiths did not receive a medal. She was instead greeted by her partner, Luis, her french bulldog, Rocky, and a slew of cheering Taipei American School teachers, with smiles, hugs, and coconut water.

This was Griffiths' first attempt at running a marathon, but it wasn't the finish line she anticipated.

"I was planning on running the Sun Moon Lake marathon on January 24, but earlier that week it was postponed due to an announcement from the Ministry of Health that all large-scale events should be canceled," said Griffiths. "So instead, a few friends and I decided to map out our own little Taipei marathon for the end of January."

Griffiths had planned to run the Sun Moon Lake marathon with a friend, Joe Kamibeppu, the fiance of a TAS upper school college counselor, Shanice Kok.

"I wanted something to look forward to this year," said Griffiths. "I felt like so many things were taken away by COVID and other things going on, so I wanted to work towards a goal that I could actually accomplish given everything going on in the world."

Griffiths trained for four months prior to the race. Although she had previously run several smaller races including 5, 10, and 21-kilometer races, the race in Sun Moon Lake would be her first marathon, which is a daunting 42-kilometer race that many runners have on their bucket lists.

"The race got canceled only three days before the actual race," said Griffiths. "I was not expecting it at all and was devastated that I had worked so hard and put so much time and effort - physical and mental effort - into preparing for this. I was not ready to just give up or to continue training for a new event date."

When the race was canceled, Griffiths, Kamibeppu, and Kok immediately reached out to Amber Hardy, the upper school head athletic trainer for advice and support.

The four planners started an email and WhatsApp group chain to ask for advice and ideas, and to invite people to run or bike along the route. Four additional TAS teachers and one middle school student decided to run alongside Griffiths and Kamibeppu, while a larger group decided to cheer on the runners, take YouBikes along the path, and provide water, electrolyte beverages, and bananas to the runners at intervals. 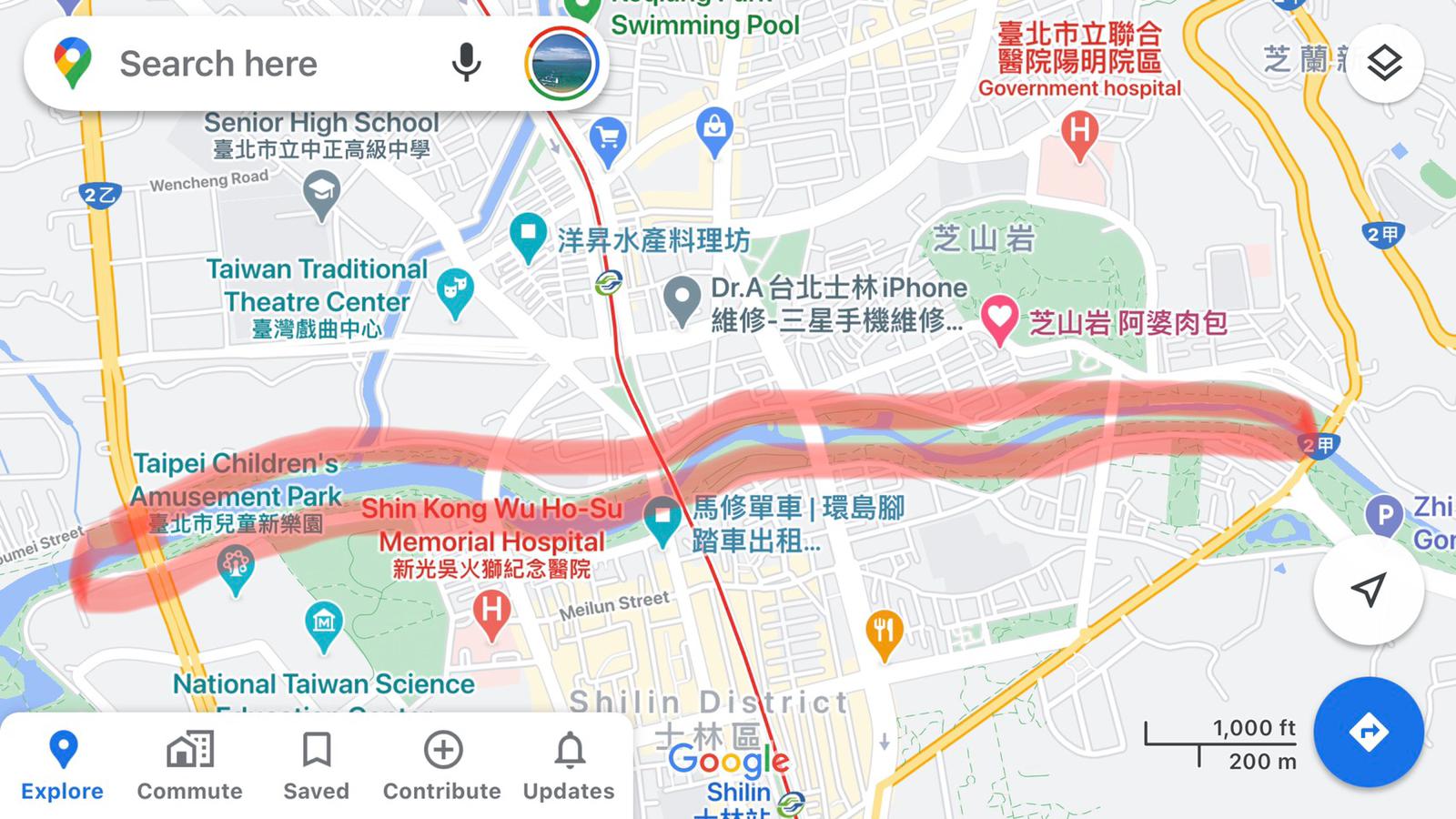 The last section of the route was the longest and involved another out-and-back, from the starting point to Rainbow Bridge in Songshan District and back to the starting/finish line for a total of 42km.

The surprise hero of the day turned out to be the long middle school student - Sawyer S. ('26) - the son of a current upper school faculty member, Darby Sinclair. Sawyer knew Griffiths through the cross country team, which she coaches.

He had intended to run only the first 6 kilometers of the race with his mom. However,  when he made it to the 18-kilometer mark, he realized that he still felt "pretty good."

Sawyer - armed only with only four Starburst candies and the support of his immediate family and extended TAS family - decided to keep running and see how far he could go.

His mother said, "It wasn't the Sunday morning we thought we would have, but it was incredible to see what he could do when he put his mind to it."

According to Sawyer, this was the farthest he had ever run. His longest run before this event was only a 12-kilometer run, a mere 29% of the full marathon that he eventually ran with Griffiths and Kamibeppu.

Sawyer was a bit more nonchalant about his accomplishment than his mother and fellow runners. "I wasn't planning on running a marathon, but I just thought I shouldn't waste this opportunity. I should just run it all and then I get to tell my friends about it," said Sawyer."

Unfortunately for Sawyer, most of his friends had already heard the news when he got to tell them - because his mother had already posted about it on Facebook and those parents then told their children.

The TAS community showed up to this last-minute event in force. Griffiths said one of her fellow TAS teacher-runners made her do little speed-ups toward the end of the race, which helped her stay motivated. Whenever she needed something, whether hydration, a snack, or a smile, there was always someone along the way, and right at the "perfect time."

One TAS teacher, Kiley Little, joined in for the first 6 kilometers of the race. "It was a great start to a Sunday morning," she said. "It was very inspiring to me to start training for another race, too."

The word "inspiring" was echoed by another teacher, Sara Oliveira, who came to support the runners at the finish line.

Middle school choral instructor, Betty Chang, was there at the finish line with her husband and two children. "I love how this event brought our community together," she said. "Our family loved spending the morning hanging with people and being out in the sun."

Although it wasn't the race either of them planned on, both Kamibeppu and Griffiths say they are glad that things turned out the way they did.

One of Kamibeppu's favorite moments came at the end of the race as he was crossing the finish line, held up by a few TAS teachers. "I was completely gassed and in pain, and I wasn't in a particularly great mood," said Kamibeppu. "I saw a man holding up a sign with my face on it from when I was a baby. I recognized my face on the sign, but I didn't recognize the man at all, and he didn't recognize me either because I had sunglasses on as I ran past him (and I had obviously grown-up). As I went past him I told him, 'Hey, that's my face!' and he started laughing and cheering for me. The fact that a TAS community member I didn't even know would show up to an event on a Sunday morning and cheer on someone he doesn't know was very touching. That realization gave me an extra push of energy to keep running as I slowly made my way to the finish line."

"I think I can speak for the both of us when I say Tulsi and I felt very supported throughout the whole race, and we couldn't have done it without our team (at least, I couldn't have)," said Kamibeppu. "This race will end up as a more special memory for me than if we had run the Sun Moon Lake marathon.

Kamibeppu credits Griffiths for making this ad hoc race into an event where TAS community members could join in the fun as a runner, supporter, runner parent, or post-event brunch attendee. "It ended up feeling like an opportunity for TAS community members to casually get together on a Sunday morning," said Kamibeppu. "I couldn't believe so many folks would willingly come out on a Sunday morning just to support fellow members of their community. If I had any liquid left in my body perhaps I would have shed a tear."

Griffiths agrees. "I feel so fortunate to have had the most supportive squad," she said. "It's a beautiful testament to our community that so many people showed up to support us."

Taipei American School played a role in helping all of these runners reach their finish line. According to Griffiths, TAS helped her on the day of the race but also more generally. For example, Steve Anderson (upper school faculty member and coach) was her sounding board to bounce ideas off of before she started training. She also noted that she was able to add strength training to her regimen because the gym was open to faculty members before school.

"I also think the school's wellness initiative during our professional development days played a role," said Griffiths. "All of these things together made a huge difference."

After the race, the "squad" of more than thirty TAS faculty members and significant others celebrated with a buffet brunch at Lutetia Cafe and Bakery.