Teachers are more than educational instructors at Taipei American School (TAS),  — they are pursuant of their own hobbies too. TAS teachers Mr. Dustin Rhoades, Mr. Lee Trumpore, and Mr. Steven Collins share their experiences as photographers.

Mr. Dustin Rhoades, a second-grade teacher, has been taking photos since 2013. He first became interested in photography due to curiosity as he wanted to explore deeper on what things looked like up close.

Inspired by social media platforms such as Instagram, Mr. Rhoades sought to improve his skills as a photographer. Mr. Rhoades immersed himself in taking photos of insects at Camp Taiwan, a student trip held annually prior to the pandemic. “I like to share a picture of a bug with somebody,” Mr. Rhoades said. “It just kind of makes people see the world a little differently.”

Mr. Lee Trumpore is a middle school English and study skills teacher and has been doing photography for a decade now. Mr. Trumpore was initially inspired by the iPhone’s camera functions and his photographer friends.

Through the years, Mr. Trumpore experimented with his creative style by taking pictures with his friends. “I got more into photography as a way to reconnect with all my friends,” Mr. Trumpore said.

To Mr. Trumpore, photography is a fun hobby and a way to connect with the people around him. He enjoys being creative and the idea of making something for people to admire. Additionally, Mr. Trumpore often takes inspiration from other photographers. “I want to know, how do they do that? I want to take [photos] like that,” Mr. Trumpore said. 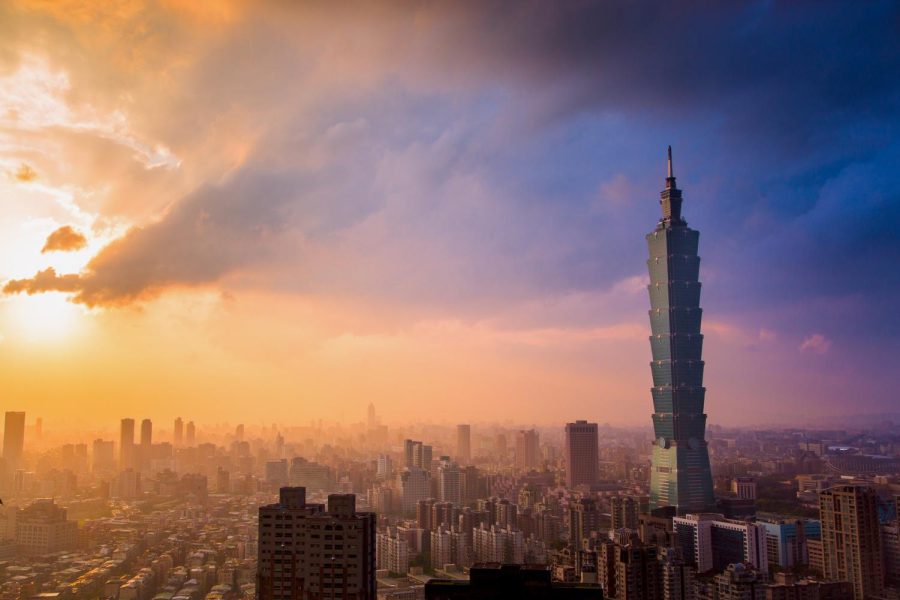 The cityscape of Elephant Mountain, one of the most popular photo locations in Taipei. “I could go back there 100 times and never be able to recreate this shot,” Mr. Trumpore said. [PHOTO COURTESY OF MR. TRUMPORE].

Mr. Steven Collins, a second-grade teacher, was first handed a camera by his father when he was just seven years old. Inspired by his father’s love for photography, Mr. Collins has been taking pictures for 45 years.

Throughout his years of photography, what attracted Mr. Collins the most was the urban landscape.

“I love a beautiful landscape,” Mr. Collins said. “It’s very alive and has a lot of character in it.”

Mr. Collins enjoys being able to communicate and express a vision through photography. He believes that it is a unique form of communication — a photo can tell a story. “There’s nothing like a really good photograph to bring back all the details of a specific memory,” Mr. Collins said.